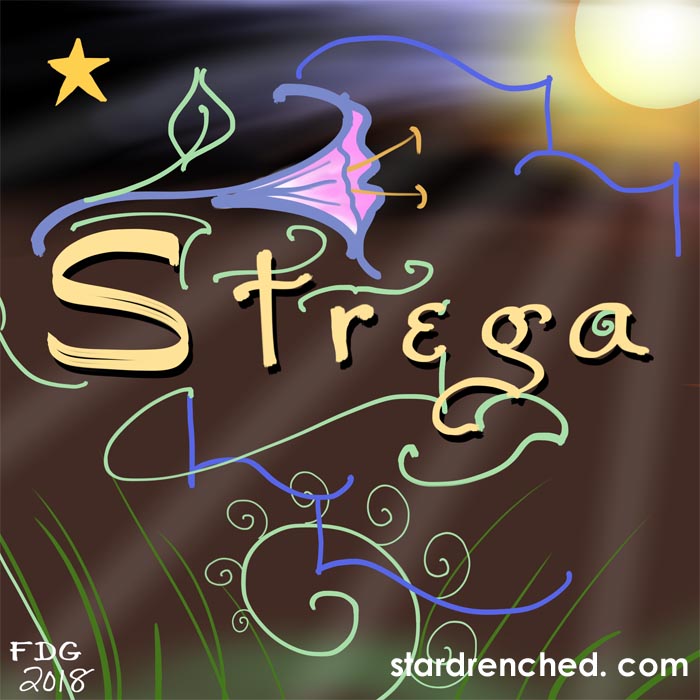 Ask for a spell from a witch raised in a family tradition of Italian magic that reaches back centuries, and the witch might change the topic so smoothly that only hours later do you realize your question was avoided.

Ask that same person how their aunt Teresa is doing, and you’ll hear an hourlong story about Teresa’s new boyfriend, during which tale you’re also taught the exact rite you requested … though you may have to watch carefully for it.

A few days later, you drop by the witch’s house to ask a vital question about your magical path but, when you show up at the door, the witch greets you with, “Hiya, I need to run out for a minute to pick up some groceries.”

If you choose to tag along, your question is answered … though you may have to watch carefully for that reply. Or the witch might give it to you outright: perhaps, at the grocery store, while examining cabbages, looking for the best one, the witch uses clear, precise words to express her or his thoughts about your magical journey. But, just as likely, while shopping, the witch does something that, on the surface, seems unrelated to your concerns, but that thoroughly resolves them.

Or perhaps, walking down the grocery aisle, the answer you need pops into your head.

During the grocery trip, something else might happen: a door opens to a world your heart has always longed for, a world you’d so hoped the witch would show you. You have been taken to the heart of the mysteries … if you were paying attention.

In fact, this breakthrough was the real reason you’d shown up at the witch’s door that day, though you may or may not have realized it until she opened that other door for you, a portal that appeared in a supermarket and opened to Faerie.

However, none of the above scenarios might come into play. You could ask the very same witch to teach you a ritual, and she or he might immediately give it to you, undisguised, in clear-cut, straightahead language, and answer questions you have about the spell just as quickly and clearly. In fact, you might get taught in that manner on a regular basis, so you easily learn a lot of spells and charms, and receive a great deal of valuable input about your overall witchcraft journey. You are the exact same person, and the witch is the exact same witch, so why might there be different scenarios?

Other scenarios could occur.

A multitude of them might all happen between you and the witch, so you learn not just in a single manner but through various modalities.

The above post is an excerpt from one of my online courses on Italian magic. To receive announcements of upcoming classes, subscribe to my free newsletter here: http://www.outlawbunny.com/newsletter/