Warning: I am standing on a soapbox. 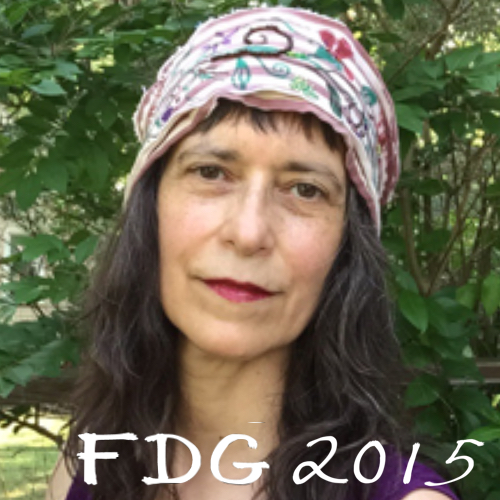 Recently, someone with whom I’d been conversing on Google+ for a few weeks was surprised to realize I was an author and she owned one of my books.

It might seem odd that her surprise surprised me. I asked why she was surprised. I don’t know if my question seemed ingenuous and pretentious. She kindly responded that she does not run into authors. Ah, of course! I understand.

The thing is: I get out of touch with stupid consensus realities, so forgot it is unusual for a best selling author to be available as a community member. That’s why I didn’t initially understand her surprise.

But as long as big name Pagan authors are hard to be in contact with, they help create a class system in our community.

Before going into that, here are examples of how our American class system plays out in Paganism, for context.

There are a lot of people with money in Paganism. Nothing wrong with money, but I’ve encountered many wealthy Pagans who refused to say hi to me, let alone speak with me. They blatantly snubbed me.

Check this out: some of them, including big name authors, snubbed me until they found out I had major media access—e.g., scripted a segment for a Barbara Walters show—then acted like I was their best friend. One of them even gave me family tradition material! Ugh! What a fake!

Another example: I met someone at a Pagan conference who later became my student. She eventually told me I’d been the only one at the conference who’d said hello to her. This happened at a “spiritual” conference? What a joke!

There are many reasons people get ignored at spiritual conferences. But class is often one of them. Some people’s excuse is they are too busy. At the conference where no one said hello to the woman who became my student, I was scheduled to give two presentations, one concert, etc etc. “Too busy,” in the case of some moneyed people, translates into “too busy focusing on my own selfish needs and those of my elite group.”

One last example: I don’t expect conference staff to always stop to talk. They may have so many responsibilities that they need to move at a lightening pace, zooming past people in order to get to the next responsibility. But I was stunned that the staff at a major Pagan conference couldn’t even smile at participants as they ran past them. That seemed less busy and more self-important.

So I tried an experiment to see if I was right or if perhaps they were just a very shy group or something: I let it “slip” that I had just done a televised ritual for a quarter of a million people. Suddenly all the self-important people had smiles for me. They became utterly gracious. Not good!

Okay, back to author accessibility. Discussing it necessitates highlighting some of media’s dark aspects, so I want it clear that I’m very grateful to be in the media. Not many people get that chance, especially women raised without money like me. But I need to talk about the darker sides to give a whole picture.

The world of corporate media promises hopefuls that success in publishing, acting, etc makes one part of an elite that enjoys money, prestige, and a pedestal all of your own to climb on. As a women who grew up without much money, I hoped for more than I had as a kid, but I refuse to get it by joining in a class system. I’ve paid dearly for that decision—slandered by colleagues, constantly plagiarized, and worse. It seems if you won’t join in being an oppressor, they’re going to do everything they can to oppress you, lest you blow the lid off things and reveal their true nature.

One of my editors was shocked I put my phone number in my books. A marketing consultant told me that international authors do not teach small groups like I do. But I believe spiritual teachers should be accessible.

There’s a game you’re supposed to play. The game’s a trap. It eventually stifles your creativity and innovation, until your work becomes a pale imitation of your earlier creations. Stifled innovation allows a class system to thrive; otherwise, authentic dialogue and inspiring art might nurture social change.

I’m grateful for media access, and I hope I use it wisely. I have tremendous admiration for people in the media who stick to their guns in terms of the content they produce. I know how hard it is for them to do it. Being in the media is not the bed of roses portrayed by the powers-that-be.

The upper echelons want you to think media life is inevitably easy. They hope this lie will make you jealous of your blue-collar friend who worked their butt off to get a foot in the door of an upper class scene. Why? So you will not have your friend’s back when push comes to shove.

The powers-that-be have another reason to convince you life in the media is innately easy. They’re trying to cover up the actual facts: if you’re in the media and refuse to play the elite class game, it’s beyond rough going. As I said, you get slandered and otherwise trashed—sometimes to point of financial destitution and psychological devastation.

Is it worth it? I can only answer for myself. I get tremendous satisfaction from expressing myself. Also, I chose to become a public figure because the Goddess asked me to. It’s always worth doing what my Gods ask, whether I see how it pans out for me at the time or not.

There is money to be made. There’s nothing wrong with that. Legitimate, caring shamans, whether Native American or Celtic, charged for their services in ancient times. But if money is made through supporting our class system, Paganism oppresses us like the huge religious and spiritual groups that many Pagans left to be free of oppression.

Oddly enough, being accessible makes people suspicious of me sometimes. For example, when slander about me was making the rounds about 13 years ago, someone I was mildly acquainted with asked me what the true story was. I didn’t want to get into “He said,” … “She said,” because that seemed like going around in circles.

So I responded, “Come on over the house, hang out with me. Do ritual with me. Then decide for yourself what you think about me.”

LOL, the woman thought I invited her in hopes of stealing magical secrets from her—secrets that I was actually the author of myself, although she did not know it!

I’m not suggesting public figures be without boundaries. You cannot survive the public arena without them.

For example, a lot of people try to use me as a scapegoat. They think I have media access because I’m “one of them,”—e.g., someone not as deep as them or who has not faced as many challenges as they have. After all, how could I have accomplished all I have, if I’d faced tremendous challenges? Poppycock! Yes, challenges can defeat us, but too many assumptions are made about people in media. Whatever shadow projection someone wants to use as a punching bag, it can do terrible things when projected onto someone. That someone, after all, is a real live human being, with all the vulnerabilities of a human.

Another example: Between death threats, nut cases, and the sheer quantity of well-intended but intrusive readers, I’m protective of my home address.

Sometimes people who love my work almost force themselves on me as a best friend, not realizing they’re being discourteous, pushy, and perhaps outright scary. So home address aside, I have to make boundaries.

I also have to take care because my work is controversial; I’ve been picketed by so-called Christians, and I can tell you, it is terrifying to sit in a wheelchair, physically defenseless, while a bunch of people led by a man dragging a 10 foot cross think you’re evil.

At his passing, I felt like I’d been hit in the head by a two-by-four. I could barely speak and needed support from friends. But I couldn’t pick up the phone when it rang, because if the person on the other end was a stranger asking about my shamanic services, I was so emotionally overwhelmed by dad’s death that I couldn’t even explain I wasn’t in good enough shape to discuss work.

Yet I needed to answer the phone, in case friends called, because they might not have left any messages—it’s daunting to leave messages when somebody’s died. This was before Caller ID, so I had no way of knowing who called unless I answered the phone. So I was isolated when I was in great need.

But none of these are reasons to be completely unavailable.

Ok, I will get down off my soapbox now.

I first posted this essay in 2016 on http://witchesandpagans.com/

————————————————————-——
Dear reader, social media often deletes counterculture from your feed: e.g., if my Facebook post has a link to my site, good chance Facebook blocks the post from you. Don’t let corporate websites restrict what you see. Click the bar below to subscribe to my newsletter for free. Receive special offers and freebies. Walk in the wild magics with me.