Scrying on an iPad
Using Commonplace Items for Scrying 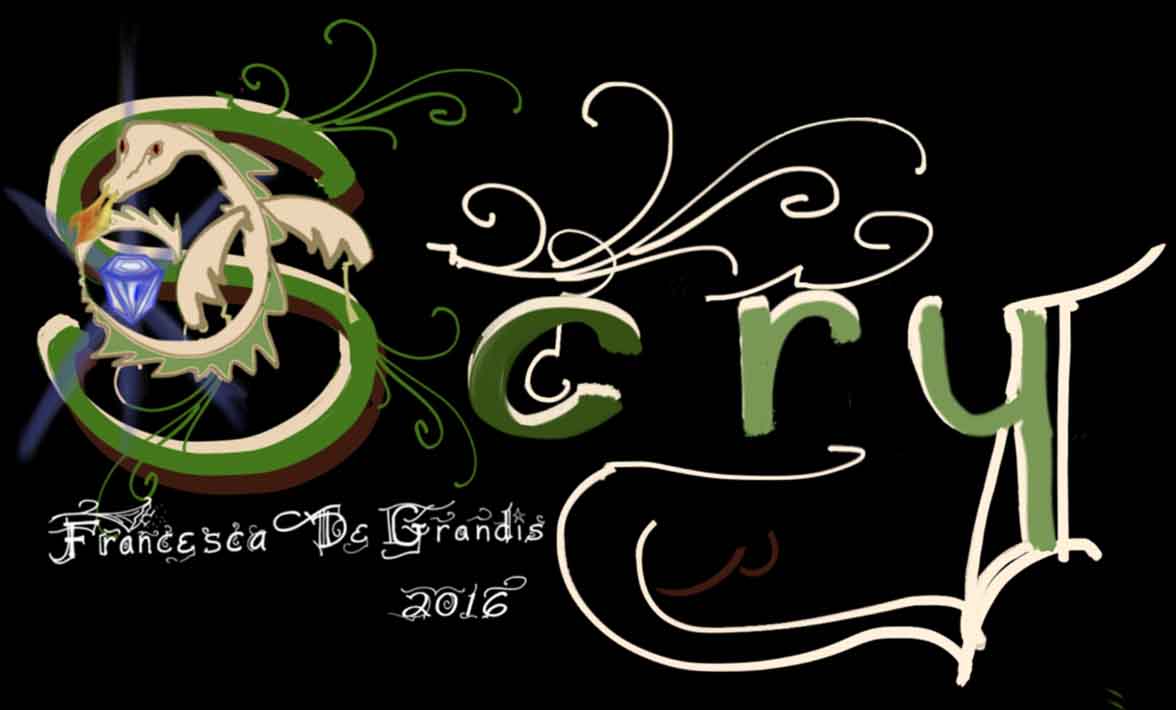 Fey Witches tend to be resourceful, using what’s on hand, instead of being uber-consumers. In that spirit, here are helpful hints for determining which everyday objects you already own are suitable for scrying, to spare you an unnecessary purchase.

As a reference point, let’s start with items commonly used for scrying:
* crystal ball, either quartz or glass
* polished obsidian ball or egg
* fire in a fireplace, fire pit, or cauldron
* large concave clock face, which has been painted black on one side: if you place the clock face so that it’s like a right-side-up bowl, it would be the bowl’s outside that is painted; then when scrying, you’re looking into the unpainted shiny surface inside the bowl.

Now that you know those traditional objects, you can search your home for something similar. Be creative and you might end up choosing—or adapting—an unexpected object.

When teaching scrying recently, I’d told people to bring scrying tools to the class and that, if they had nothing else, to bring a candle. A lit candle is certainly a traditional scrying tool.

One student had trouble scrying in her candle. A candle flame is one of the more difficult things to scry in, because the flame provides such a small point to focus on. So I asked if she had a large black bowl. Many witches fill a large black bowl with water and peer into that for divination. I do not know if that’s traditional, but it’s definitely an option.

She had no such bowl. Then I got really excited, because I remembered she has an iPad. I grabbed my iPad and looked at it. Sure enough, it was a perfect scrying surface. Take note, I did notice my iPad was grubby with my fingerprints, so would not be good for scrying without a cleaning. You want a smooth reflective surface (although there are exceptions, but that’s a whole other story not relevant to most peoples’ scrying). 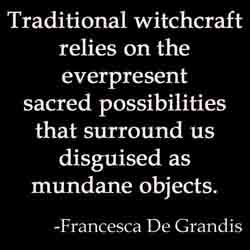 Traditional witchcraft relies on the ever present sacred possibilities that surround us disguised as mundane objects. See what you have on hand. Look around the room and note where your eyes fall.

After suggesting the iPad, I realized—and therefore suggested to the student—she could just take a small piece of clear glass and lay it on a black piece of cloth, then scry into it. In fact, if you had a clear plate or bowl, you could do the same.

In the same vein, use an old picture frame. Paint the back of the glass black. Once the paint’s dried, put the glass back in the frame. I suggest you choose a simple frame and paint the frame black as well. My reason for that will become apparent in the following paragraphs.

Something to keep in mind when choosing or creating a scrying surface is the benefits of simplicity. Recently, I’ve seen scrying mirrors for sale with beautiful elaborate frames. I wonder if those frames might impair one’s scrying when one is first learning. My reasoning is as follows:

In my early scrying days, I placed a crystal ball on a black velvet pillow, not only to hold the ball in place but also to serve as background. Very simple. And if memory serves very traditional.

In the same vein, traditional scrying mirrors I’ve seen are frameless; if set at all, I’ve only seen them set into black velvet boxes. This speaks of a simplicity I believe is conducive to scrying. I have never seen elaborate settings or complex backgrounds in traditional scrying tools.

(I guess one could argue that ancient witches, in using what’s on hand to scry, would not turn their nose up when faced with an elaborate object. But that argument starts caving in when I realize simple things are more available. For example, in ancient times, it was easier to access a dark moonlit lake—or, at least, a dark moonlit puddle—to peer into than it was to approach an elaborate mirror protected in a fortressed palace. Often, witches would only have simpler items on hand.)

Another reason I suggest simplicity: When learning to scry, using a black bowl filled with water required I play with the surrounding light. In other words, I had to try scrying in the bowl to see if it worked better in a fairly dark room or a room with a single candle in it. I decided I needed a candle, but then had to determine its best position in terms of its reflection in the water. Or even whether I wanted it reflecting in the water. Otherwise, the water became less tenable as a scrying medium. I don’t remember what I decided, but my point is I needed utter simplicity.

In fact, I just realized my iPad is black, but some are white. I imagine white ones create a white frame around the black screen. If that’s the case, you’ll have to try it out to see if a white frame is a distraction or other problem.

Perhaps elaborate frames and backgrounds will not be a problem for you. For one thing, my preference for simplicity is based on the particular Faerie scrying modality I know, which entails a relaxed, soft focus that complex backgrounds can mess with. Perhaps there are other scrying methods that do not involve that soft focus.

Plus, my quartz crystal ball has a veil through its middle, and it does not distract me. But I’m not necessarily a good reference point, because I’ve been scrying for decades, so it would take a lot to sidetrack me. I can scry into complex objects. I’m not saying that to brag (we all have our strengths). Instead, it’s relevant to our topic:

I’ve taught a lot of people how to scry. Over the decades, students repeatedly told me scrying has been one of the hardest magics they ever attempted; overall, my students found it so difficult that a large percentage never pursued it past their assignments from me.

The context of this feedback from students is important: a good number of these trainees who could not scry well did fine with almost all other magical techniques I gave them. Even more striking is that they also tended to be comfortable using some divination form other than scrying. And even more striking is the fact that, among the students who could not scry very well were amazingly talented—and advanced!—witches who mastered far more daunting spells from me. They mastered spell after spell I gave them, and magical technique after magical technique, willing to work endlessly to become an adept.

So no point making it hard on yourself with ornate frames and backgrounds, or stones with elaborate mottled patterns, or the like, unless they happen to suit your style.

Another suggestion: different witches seem to do better scrying into different mediums. Some seem to do better in water, some in fire, some in crystal. Keep that in mind, so if one household item you try doesn’t work, it may not show a lack in you but that you chose the wrong item for your particular predisposition.

So those are some considerations when trying to choose—or adapt—something you already own for scrying.

Play around, see what works for you, and let me know how it goes. If you come up with something new, share it below so that others can use it for their own scrying.