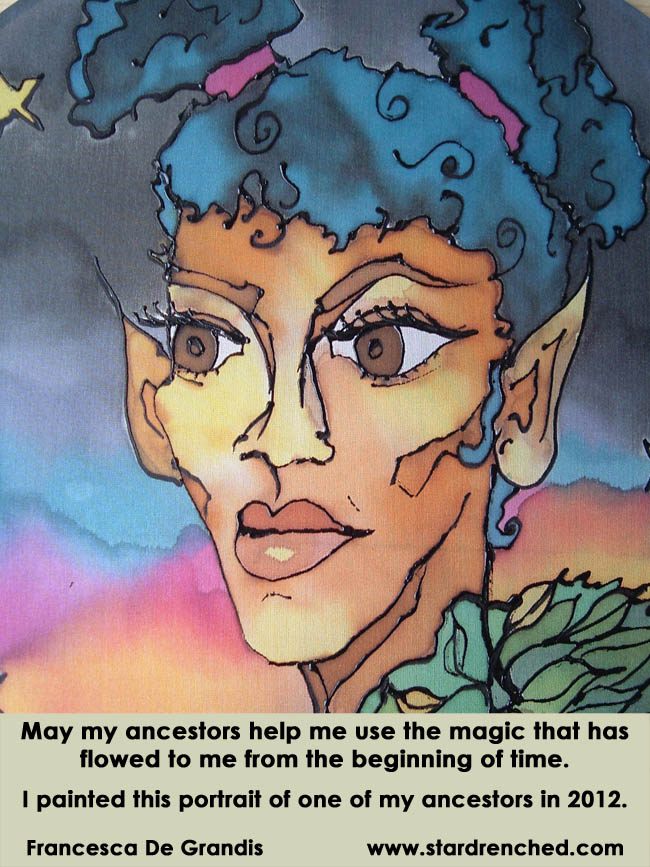 Traditional lore can inform, gently point to mysteries, and outright open gateways. But, nowadays, in the Pagan community, rigid interpretation of lore often becomes a stranglehold on magical and spiritual practices.

I’ve spent years learning lore, meditating on it so it can inform shamanic lessons I give, and creating ritual based in lore. So I’d be the first to insist that, sometimes, lore provides definitive, irrefutable facts. However, common sense is needed.

My mother taught me to think for myself. It was one of the greatest gifts a parent can give.

Furthermore, growing up in a shamanic family tradition (specifically, Italian witchcraft), I got a sense from how mom lived her life that traditional shamanism is far more fluid than usually represented. Yet I see many magical practitioners trapped by lore, which is one way their personal paths and viewpoints are squelched.

An example: one of my students was utterly devoted to Hecate. He was told by another of his teachers that he was incorrect to honor Hecate as Mother Goddess since She is the Crone of the underworld. My student felt crushed. He knew from personal interaction with Hecate that She is an utterly loving mother, and he loved Her dearly as such. Yet a teacher whom he respected was telling him his whole relationship with a deity was wrong.

That teacher probably had the best intentions but nonetheless was unwittingly trapped by lore and unintentionally trying to do the same to the student. Had the teacher actually spoken to Hecate, She would’ve revealed Her motherly traits. But the teacher let lore take precedence over the student’s personal revelation.

Furthermore, had she known more lore, she would have realized that, though one culture’s lore of Hecate says She is the Crone Goddess of the underworld, another culture’s lore shows Her as the Mother. If memory serves me correctly, Hecate was known in Thrace as Mother, but then She traveled to a place where people did not have actual sleeves on their clothing. The sleeves on Hecate’s image were considered bizarre. Hence, it was decided She Herself was bizarre and, as such, must be an underworld goddess. (Please correct me if my history is wrong here.)

The sort of invalidation my student met squelches people’s spiritual explorations and hurts their hearts. The teacher used lore to invalidate someone’s belief system and actual interaction with a deity—a deeply beautiful, meaningful, and pivotal personal revelation. How awful!

Lore is often simply one person’s experience or the experience in one group/culture. A single experience should not be taken as a rigid overview of the matter at hand, a definitive sense of all that ever was and ever will be, of all that is possible for anyone anywhere. The traditional Italian magic I grew up with is not the same as that of some other Italian shamanic family traditions.

Another example: there is Italian lore about threatening the Gods, telling Them that, if They don’t give you such and such, you will revenge yourself upon Them. I can assure you: when you try to bully a God, there’s no telling what the backlash is going to be. I learned this from personal experience, in my younger days as a priestess, and all it took was one such incident to realize I should never threaten a deity again. I told my Gods that, if They wanted me to continue to priestess for Them, They had better give me such and such.

They gave me what I asked for, and They gave it to me in a way that devastated my life. It took years to recover. The false sense of something being okay to do just because it’s lore is too prevalent. I got trapped by lore! When viewing lore, I try to use common sense, look to my own experiences, and think things through. But instead, feeling desperate about needing change in my life, I let myself get trapped.

Lore is filled with starlight, sunlight, moonlight, illuminating the mystical path. I want to dance along that road joyfully, not turn my back on it by using lore to create dogma. So mote it be.